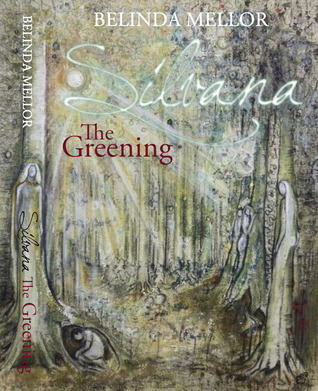 What a lovely book. Literate, elegant and charming, with a touch of whimsy, this is a story in the high fantasy style of Tolkien, although on a more domestic scale. It’s set in a world where tree spirits, Silvanii, reside in trees in the wildwood, living in harmony with men. Occasionally, a Silvana will choose to take a human husband, leaving her tree to take human form and live a different life.

The story focuses on Fabiom, son of the lord of Deepvale, following his life from age four through to maturity. Fabiom has always been drawn to the wildwood, and on the eve of his seventeenth birthday he determines to try to win a Silvana wife for himself. What happens that night and afterwards affects him and his family deeply, and changes his whole life, bringing conflict between his duties as lord and holder, and the needs of the Silvanii.

The backdrop to the story is a fascinating world, drawn with a deft but light hand. Fabiom’s society is Romanesque in many ways, with the house constructed around the central courtyard, and reclining on couches to eat formally. I liked the idea of the heart room, too, where everyone entering the house washes before entering the house proper. There are other cultures in existence, well-differentiated but very believable. I loved Fabiom’s shock at the idea of sitting on chairs to eat, grumbling that he found them very uncomfortable. Because of the influence of the woodland and the Silvanii, there is a great deal of detail about herbs and plantlife generally. The author has clearly done a great deal of research, but occasionally I could have done with less detailed herbology.

The characters are not the conflicted souls so common in fantasy these days. They mostly fall clearly into one or other camp, either good or bad, with the good characters paragons of honour and integrity, and the bad thoroughly devious, greedy and unscrupulous. Fabiom himself was a bit over-endowed with all the virtues, unselfishly doing his best for all parties, liked by everyone and never putting a foot wrong. It made him a bit dull at times. The other characters are more interesting in being somewhat more human (Silvanii and their woodmaids excepted, naturally). The woodmaids were a delight, and added a sprinkle of humour to the otherwise serious tone of the book.

The book was divided into a multitude of parts, with sometimes a big time jump between them. This enabled the story to cover a lot of ground, but it did sometimes feel very episodic, like a series of novellas glued together. There were some parts, particularly the campaign in Gerik, which seemed to serve no purpose other than to pass the time. Then, after a rousing crescendo, the last paragraphs of the book are pure setup for the next book in the series, which felt somewhat off to me.

I had a few credibility issues. The Silvanii objected violently to the stealing of the secret of silkmaking, imposing a horrible punishment on Fabiom and Casandrina. Yet they knew perfectly well that the mulberry trees won’t grow without their help, so there was no long-term risk at all. I didn’t find it convincing that they couldn’t distinguish between the betrayal of one individual and a betrayal by all of mankind. They themselves take on human form and live as humans, so they really should have a better understanding of human ways.

I also had a problem with the secrecy surrounding Casandrina. I could understand the reasoning behind not wanting to broadcast the news, but enough people knew who she was. It would have been impossible to keep it a secret for long. Yet it was a major plot point late in the book that her nature was unsuspected. Another point was that more than once a boy’s seventeenth birthday passes unnoticed. Other important dates seem to be remembered well enough, and given the significance of this particular date, the only time when a young man may try to win a Silvana wife, you would think it would have a big red ring around the date in the calendar.

I also had one or two clarity issues. The author is very good about not beating the reader over the head with world-building minutiae, and that’s generally a good thing, but the question of the daughter was dealt with too subtly, in my view. I would have liked a much clearer explanation of the seventeen year rule right from the start. As it was, a lot of important information was handed out in casual conversational asides, without further explanation, or mentioned as an already understood thing, leaving me sometimes trawling through the book looking for obscure hints that I’d missed first time round. As a personal preference, I also would have liked a little more explanation about the Silvanii reproductive system. Now I understand why the author chose not to dwell on it, but it seemed to be rare for a Silvana to take a human husband, and each marriage only produced one daughter and one son. Is this the only way Silvanii have offspring? Or is there an asexual method as well, producing cloned daughters? Why are Silvanii all female anyway? And the whole daughter business boggled my mind. Well, OK, that one can stay mysterious. But lots of questions raised.

These are relatively minor grumbles. This is a beautifully written, lyrical book, with a wonderful love story and an enchanting setting. Not for the grimdark or sword-and-sorcery fan, but for those who enjoy a more traditional tale in the literary style of Tolkien’s era, this is a delightful read. A good four stars.

4 responses to “Fantasy Review: ‘Silvana The Greening’ by Belinda Mellor”