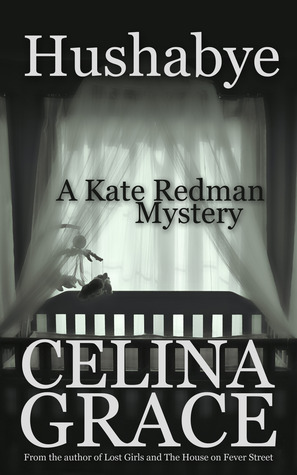 This is one of those British-based police procedural books where the author did pretty much everything right – interesting characters, a nice (but not gory) murder mystery/kidnapping, some intriguing reveals along the way – all in a pleasant, undemanding style. I enjoyed the read but it never quite caught fire for me, somehow.

The central character is Kate Redman, a detective with a history, starting a new job with a case involving a disappearing baby and a murdered nanny. The parents are a workaholic self-made businessman and his Z-list celebrity wife. Kate has to unravel the mystery while staying on the right side of her new colleagues and keeping her past firmly out of sight.

None of this is particularly radical, but the methodical police work rustles up enough clues to keep the pages turning. The writing style is sometimes pedestrian: whenever our trusty detectives meet with potential suspects, greetings are exchanged, cups of tea are offered, chitchat is documented in exhaustive (and sometimes exhausting) detail.

However, it never gets too slow, and the characters are drawn with a light hand, with just enough detail to bring them to life. The settings are described in a more minimalist way. For instance, the police station is said to be “a charmless, redbrick sixties building”, which Brits can visualise instantly, but non-Brits might have more trouble with. There’s some low-key British humour, as well, which is easy to miss.

The conclusion was fine, with a nice build-up to the reveal of the culprit and a not too over-the-top dramatic climax, nicely resolved. After which the cops all sat round in the pub explaining everything to each other. Guys, we got it, OK? There were only one or two missing pieces that needed an explanation at that point.

And then – one of my pet hates – the story ended at the 86% mark, and the rest was filled in with a chapter of a different book altogether. Sigh. This always makes me feel short-changed. I might well buy the next book in the series, but it will be because I enjoyed this one, not because the author has sneaked a chapter into this book.