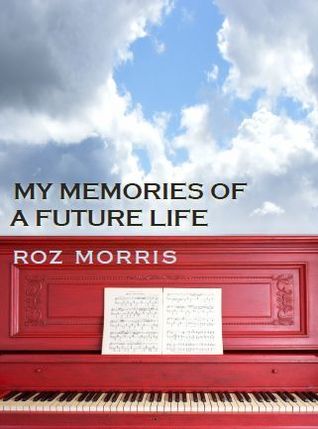 I have no idea what to make of this. I don’t even know how to characterise it: literary paranormal fiction, maybe? Or a psychological… hmm, not thriller, exactly, but mystery, perhaps. And although it was interesting, in an oddball sort of way, it never quite flowed for me. It felt just a bit out of kilter like a slightly convex mirror, everything coming across as distorted. Maybe that’s appropriate for the story, I don’t know. Certainly the future parts were much more interesting and vivid to read about.

The premise is that a talented London pianist, Carol, finds herself unable to play because of repetitive strain injury. Her flatmate, Jerry, is pursuing his personal demons by way of regressive hypnotherapy; he feels he’s been a victim of Jack the Ripper in a previous life. Carol tries it too, but finds herself in the future, a soothesayer called Andreq, someone who is trained to soothe people using some technique called xech. Everyone is able to xech, apparently, but not future-Carole, although no one seems to know that, at least not officially. She seems to be able to wing it when required, though. Present-day Carole takes herself off to some coastal backwater to recuperate, where her hypnotherapist, Gene, is also now working.

The London scenes were fine, but the stay in small town Vellonoweth (is that an anagram?) is treated with big-city contempt. It must be very amusing to be so scathing about such quaint customs as half-day closing and quirky local radio, and part of me was entertained by all this vitriol, while the other part was outraged on behalf of the inhabitants of Vellonoweth and small towns everywhere. To be honest, it was hard to believe in this very small place which is apparently stuffed to the rafters with aspiring singers for Carol to attempt to teach. Not to mention wall-to-wall clairvoyants and the like.

Of the main characters, Gene, the enigmatic hypnotherapist, is easily the most interesting. Every scene with him is unexpected, and I never felt I had a handle on him at all. Just too enigmatic altogether. His relationship with Carol was a fascinating mix of professional distance, suppressed sexual tension and an edge of something much, much darker. A compelling character. Jerry, the London friend, is fun, if not particularly original. Carole herself is a curious mixture of upper-class haughtiness and arrogant disdain for lesser mortals, at least in musical terms.

The ending was a little too contrived for my taste, and the author would have done better, in my view, to cut short the post-drama ruminations and leave the reader to take from it whatever he or she will. The writing style is sharp, although I occasionally found the use of metaphor too intrusive. But that’s a matter of personal taste.