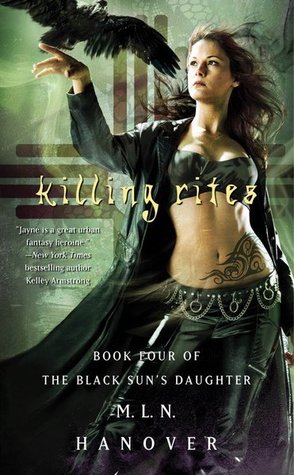 The fourth in the Black Sun’s Daughter series, written under a pseudonym by Daniel Abraham, and at last things are coming to the boil. Jayne has finally stopped shopping and randomly cataloguing dear Uncle Eric’s many houses, and started to think more carefully, both about herself and what she’s doing, but also about the people who surround her. People who give her (mostly) unconditional love and support, but are also individuals with their own hopes and dreams and murky past histories. And Jayne now knows for sure that she has a rider – a demon residing inside her, who helps her in moments of extreme stress, but who is generally regarded as a Very Bad Thing.

This book leaves behind former lover Aubrey, now trying to reconcile with his ex-wife, and, for most of the time, philosophy-man Chogyi Jake, leaving Jayne with one-time priest Ex, a man she now knows desires her. It’s a sign of how far Jayne has come that she doesn’t fall into bed with Ex, despite the two of them being thrown together in a pretty intense way for some time. But Ex’s intentions are not towards Jayne’s body, but her immortal soul; he wants to exorcise her, to rid her of the rider inside her, and at the same time lay to rest his own ghosts.

This book has a very different tone from the previous horror-fest. There are some dark moments and dramatic confrontations, it’s true, but the heart of the story is Jayne confronting (literally) her inner demon, finding out something about who or what she carries inside her. Jayne also has to come to terms with what she as an individual truly wants. In many ways this is more of a coming of age story than most that call themselves that. Jayne finally grows up.

It’s typical of the author that when he writes urban fantasy, he isn’t content to wheel on the evil beasties and leave it at that. Nothing in this book falls neatly into good and bad. Sometimes the best of intentions lead to terrible outcomes. Sometimes all you can hope for is a least worst option. Sometimes you have to hurt the people you love to do the right thing. Sometimes good things are destroyed along the way. And sometimes you need to join forces with a lesser evil to defeat a greater one.

This book is about trust and faith and doing the best you can and being able to bend when the wind blows. And love. That too. A fine book, and much deeper than urban fantasy has any right to be. Five stars.

Footnote: and that’s it for me. I won’t be reading any more about Jayne Heller and friends. Not because this is the end of the series – it isn’t, there’s a fifth book out. The series was projected to be ten books long, but I believe it was terminated after five. No, the reason why I won’t be reading on is because book five, ‘Graveyard Child’, isn’t out in ebook form. Can you believe, in this day and age, that it’s not possible to get an ebook version of any book still in print? But I don’t read dead tree books any more, so I’ll never know how the series ends. Which makes me sad.