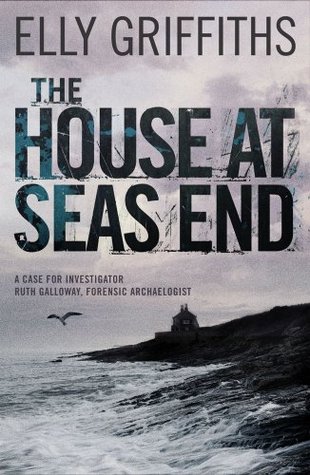 This is the third in the series of murder mysteries featuring forensic archaeologist Dr Ruth Galloway, a somewhat grumpy, overweight, wine-guzzling, cat-loving lady, and one of my favourite characters. Once again, there’s a mysterious set of bones unearthed which our trusty heroine has to help to identify with her scientific skill.

This time the bones are war-time era, buried during the dark days when an invasion by Hitler was believed to be imminent. But the coast is being eroded by time and tide, and the bones are exposed to twenty first century science. Now, to be honest, the science part of the investigation is perfunctory, at best. There are some police investigations ongoing, but I never found that aspect of the story compelling, or even particularly interesting.

No, it’s the characters that make this book come alive. Ruth, the frumpy almost-middle-aged new mum. Nelson the grumpy cop. Michelle, his perfect wife. Cathbad the new age druid. And, of course, the Big Secret – that Nelson is the father of Ruth’s baby. When the story focused on the soapy aspects of the relationships (and this time some of the side characters got their own soapy subplots, too), I was engrossed and read on merrily. When things got back to the war-time bodies or, even more depressing, Ruth’s friend with a tragic history in Serbia, I found myself losing interest.

The endings of these books are terribly weak. There’s always some kind of grave peril for Ruth, involving someone trying to kill her and (usually) a lot of water. It really isn’t necessary to do this, especially when it requires an otherwise intelligent character to make stupid decisions to end up at that point. So my eyes were rolling wildly.

Still, the books are well written, with a wonderfully evocative setting on the Norfolk marshes and coast, there’s masses of laugh-out-loud British humour, and if you don’t mind a certain amount of angsting about the difficulties of single parenthood, the developing personal stories are fun to follow along. Especially as the author has set up a nice opening for the next book. This just about scrapes four stars.