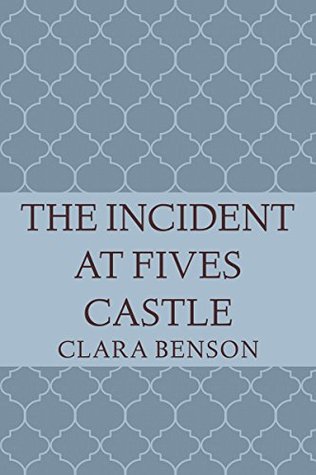 The fifth twenties murder mystery in the Angela Marchmont series, this time set in a Scottish castle at Hogmanay, where a murder takes place while the occupants are cut off by snow. And wouldn’t you know it, but Angela is the one to discover the body (again).

This one was great fun. Spies, a missing scientist, hidden documents, secret meetings and lots of rushing about in the snow. And a whole ocean full of red herrings. I didn’t guess this one at all, but it didn’t matter, it was great fun watching the story unfold, Angela beetle about being helpful and Freddy get his nose (or his ear!) into everything. Since the American Ambassador was one of those present, we also learned a little bit more about Angela’s past, which, far from being illuminating, actually makes her even more mysterious. I’d love to know more about the not-spoken-of Mr Marchmont. I’d begun to think he was just a convenient fiction, but seemingly not.

Living in Scotland myself gives me the opportunity to chuckle at the author’s mistakes. It’s obvious Clara Benson never spent a Hogmanay in the Highlands. Even supposing Angela’s Bentley managed to make the border by mid-afternoon (a feat which would be quite impressive even today, with reliable cars and motorways, unless she lived a long way north already), its arrival at the castle in the Cairngorms before it was fully dark would be nothing short of miraculous. The sun sets at 3pm at that time of year, and the castle would be several hours’ drive north of the border. But it really doesn’t matter, and it doesn’t impact the plot at all.

The charm of these books is in the period setting, and the lives of the wealthy upper classes, very reminiscent of vintage Agatha Christie. There must be an army of servants, both indoor and outdoor, but they rarely get a mention, apart from Angela’s chauffeur and lady’s maid, and one or two references to the ‘men’ deployed to remove a fallen tree and clear snow. And it was wonderful how, in the midst of murder, political disaster and general mayhem, everyone still felt it necessary to dress for dinner and sit around in the drawing room making polite conversation about the weather. It reminded me of (I think) Murder on the Orient Express where one character is looking for some of the others and is told: it’s four o’clock, naturally the English passengers are all in the restaurant car having tea.

A light but very enjoyable read. A good four stars.