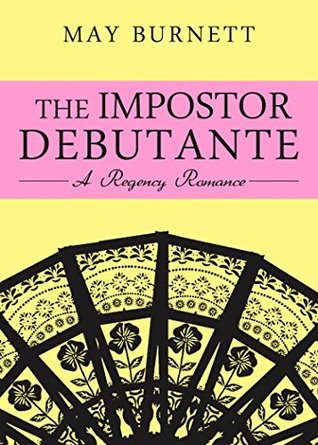 I enjoyed this one a lot. Too many Regency romances these days have plots that are too silly for words, requiring hero or heroine or both to behave in quite incredible ways. This one felt quite sane, and both main characters behaved like sensible people. Very refreshing.

The plot revolves around the neglected niece of a London socialite mother, who decides to do her duty by bringing the girl down from Yorkshire to be suitably introduced into society and married off. But the niece is almost blind, recently married and pregnant, and has no desire to enter London society. She does, however, want to recover her inheritance money, so she sends her half-sister to London in her place to find out why the solicitor isn’t responding to letters. All this is slightly pedestrian, but there is another, more interesting, sub-plot, focused on the half-sister’s background.

The romance features the hitherto rather useless second son of the socialite mother, who is a pleasant enough chap but doesn’t have much to make him stand out from the crowd. Despite the obstacles seemingly keeping the two apart, they fall in love rather easily, and start lusting after each other in no time. I’m not a big fan of Regencies with added sex, but that’s a matter of personal preference and it was all rather tastefully done.

This isn’t the most historically accurate portrayal of the Regency era I’ve ever seen – the dialogue is more modern colloquial than Jane Austen, and the heroine enjoys afternoon tea at one point (not invented until 1840). But the characters and the leisurely plot have a charm which overcomes such minor quibbles. The ending felt rather awkward, with way too much time taken tying up loose ends, but overall this was a pleasant read. I wavered between three and four stars, but as it’s the first of the series I’ll be generous. Four stars.