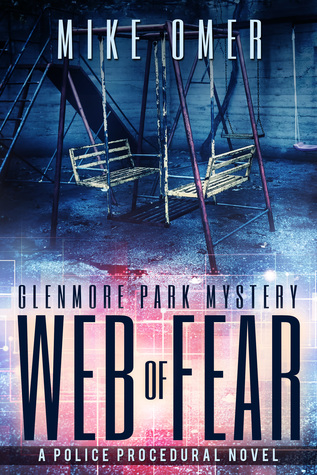 The third outing with Omer’s gloriously quirky cops in the Glenmore Park Police Department. This time the spotlight is firmly on Hannah, who’s a bit of a mess in lots of ways, but grimly determined to prove her worth to the department. Naturally, almost everything that can go wrong does. Poor Hannah!

This story was a bit different, since it focused on a child kidnapping case. That’s always going to be harrowing, and occasionally the author’s sense of humour jarred with the grimness of a child in captivity. I’d find myself laughing at one of those wildly funny scenes the author does so well, and then the switch to Abigail in her cellar would have me feeling guilty for finding anything funny. And therein lies the skill of the writer, to invoke that very visceral response in a reader.

If I have a complaint at all about this series, it’s that the constant jumping from character to character can be unsettling. I didn’t notice it so much in the previous two books, but there was a moment in the middle of this book when I really wanted to settle down with just one point of view. It can be very illuminating to jump around, and the author uses the technique to brilliant advantage sometimes (that poor birthday guy! But so funny), but it can be tricky to avoid overuse. Fortunately, the end was just as adrenalin-filled and nail-biting as one could hope, and ensured another five stars. A great series.