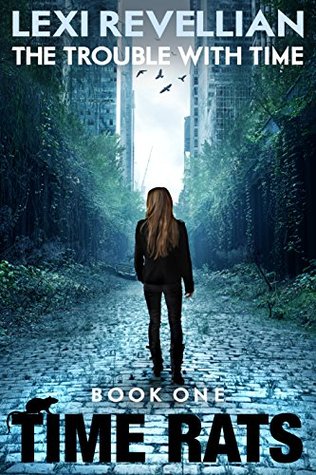 The author is one of very few whose work I will buy without hesitation, because I’ve never read a bad one yet. This one didn’t break the pattern, but for me it wasn’t quite the unalloyed pleasure of her previous books. This is mostly because of the time travel theme, one that I find tricky at the best of times. I like a nice, linear plot that proceeds at a steady pace from A to Z without too many meandering deviations. Time travel stories start at A, but after that all bets are off. They may proceed to Z, then jump back and forth, or they may abandon all decorum and simply loop the loop and twizzle about like a demented fly. This one felt quite comfortable and I was keeping up nicely until the midpoint when it suddenly went into a Primer-like tailspin and I got hopelessly confused. I felt I should have been taking notes!

The other unsettling issue with this book was the characters. None of them quite grabbed me, and at times I wasn’t quite sure who I was supposed to be rooting for. Jace? But he was off the scene for long spells and isn’t terribly likable. Floss? She doesn’t show up until late in the day, and doesn’t seem particularly interesting at first. Quinn? He’s a charmer, but hardly a hero. Kayla? No, not really. The ending felt like a neat way to set things up for the rest of the series, so maybe the problem is just the weight of setup detail.

All that aside, the book was still an enjoyable read, and I was never tempted to abandon it. I enjoyed the portrayal of London at different times, and the various futures were very well done. Sometimes people made the transition to a different era too easily, particularly Floss in the future, but this is far better than filling the books with endless descriptions of characters being astonished by changes in technology. I liked the idea that a lot of current technology will survive more or less unchanged over the next thirty years (there’s still email and phones, for instance), whereas other aspects (like human-driven cars) have virtually disappeared.

So plenty to like about the book, even if the whole time-travel business made my head hurt. Recommended for anyone whose brain is more capable than mine. Three stars.