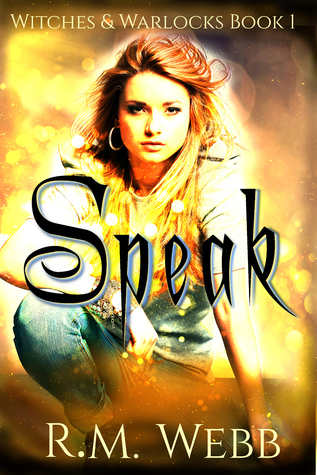 I don’t read much urban fantasy, but this one grabbed me from the opening pages. There’s an intensity to it that I don’t often find in any kind of fantasy, which tends to concern itself much more with actions, events, reactions, battles and magicky stuff. This one is all about Zoe, and is so well embedded in her head that I felt everything that she felt, heard everything she heard, responded exactly as she did. That’s a rare talent, for an author to get under a character’s skin so strongly.

Here’s the premise: Zoe seems like just another girl — quieter than most, a bit subdued, a bit odd, perhaps. She has trouble talking to people, and sometimes she just goes into sensory overload, and can hear everything, every last detail. She has a best friend, Becca, who looks out for her, understands her and protects her from the world. And then, one evening at the bar, she meets Noah, who has a weird effect on her…

Since this is urban fantasy, it’s obvious that Zoe is ‘special’ but it takes a long time to get to the discovery point. By then, the action begins to get fast and furious, much is revealed and much, naturally, remains to be discovered about Zoe and the world she belongs to, because this is, after all, the first part of a series.

For regular fans of this type of story, there perhaps won’t be much that’s new, but the depth of reader investment in Zoe makes this a special read. I loved it. Five stars.