Here are some more stunning new covers from Deranged Doctor Design. The changeover has begun with the first three books, so just for a while you’ll see both the old and new covers around – it’s not easy updating paperback and ebook covers all at the same time, when there are seven books in the series so far!

And a great competition

I’ve joined up with 50 other fantasy authors to offer you the chance to win an amazing collection of books AND a Kindle Fire! The Fire Mages is in there, plus books from some fantastic authors, like Michael J Sullivan, Intisar Khanani, D K Holmberg, Michael Ploof and lots more. One lucky person will win a Kindle Fire and a copy of every book shown, and a second winner will get all the books. Click the image to enter the competition. 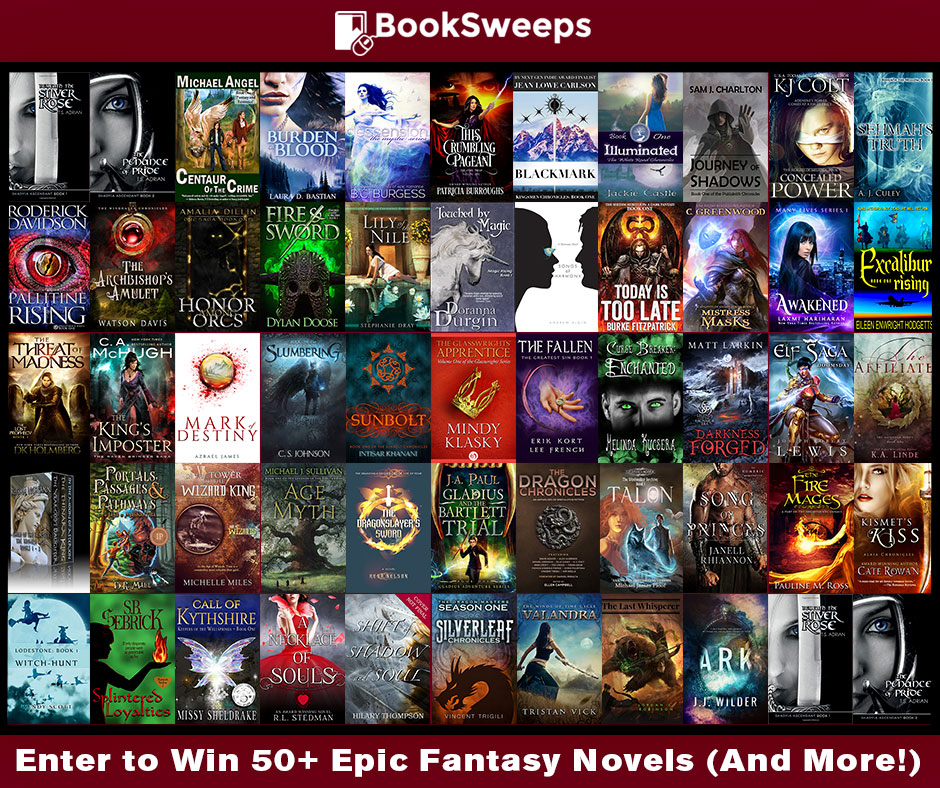 Not read The Magic Mines of Asharim yet?

Then make a note in your diary to pick up a copy on Monday 27th March, when it will be FREE for the first time ever. It’s perhaps my least-read book, but I love the characters of Allandra, Xando and Zak, and their sweeping adventure across the northern end of the Plains of Kallanash, which takes them from the inhospitable Sky Mountains (home of those magic mines), through the decaying canals of the Two Rivers Basin, to the faded glory of Mesanthia and finally to the warrior culture of Hurk Hranda. Enjoy!

News of the next book in the Brightmoon world: Findo Gask’s Apprentice is finished! It weighs in at 126K words, the second shortest of my books so far, just a bit longer than The Dragon’s Egg, and about twice as long as an average mainstream novel. Now it rests for a while, and then the process of editing and polishing ready for publication begins. I hope to publish it in June or July, but if it takes longer, so be it.

However, I’ll be posting excerpts over the next few weeks to whet your appetite. The main character is new, but there are some very familiar faces putting in an appearance, both from The Magic Mines of Asharim and from The Plains of Kallanash, so for anyone who was wondering how Mia, Hurst and Dethin were getting on, you will soon find out!

Next month I start work on the ninth book in the Brightmoon world, The Dragon Caller, featuring Garrett and his son Ruell from The Dragon’s Egg. And lots of dragons! With luck, that might be out this year. So many stories to tell, so little time. Happy reading!

2 responses to “More new covers, and a competition for 50+ books”