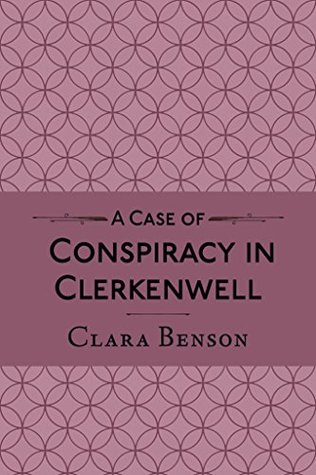 Book 3 of the new Christie-esque murder mystery series by the author, featuring Freddy Pilkington-Soames rather than Angela Marchmont, which gives the books a very different flavour. Angela was very much a lady, so her sleuthing was conducted over cups of tea and genteel dinner parties, whereas Freddy is a man about town, and there’s a certain amount of creeping about in the middle of the night, and he gets physical from time to time. Unlike Angela, there’s no mysterious past to be gradually revealed, and Freddy’s very much London-based. I’m rather hoping he’ll escape the town setting at some stage; I miss the country house setting of so many of Angela’s stories.

However, this outing for Freddy has a good array of eccentric characters in the ladies of the Temperance Society and the (mostly) gentlemen of the Communist Alliance, who share the same local community hall. When one of the ladies is stabbed with a paper knife, Freddy is roped in by British Intelligence to investigate both the murder and a revolutionary plot.

I never quite got the communists straight in my head, so I had very little clue what was going on there, but it didn’t matter much. The plot unfolds in the regular way, with a great deal of dry humour, Freddy’s usual willing but bumbling style and some implausible drama at the end, before all is revealed, plots are foiled and the day is saved. I’m not a big fan of the spies-and-revolutions theme of this series, and I’d much rather return to the body-in-the-library country house style, but this is still a totally enjoyable read. Four stars.