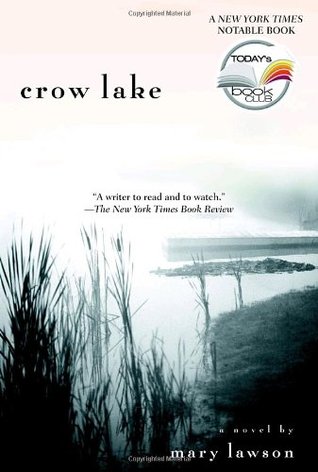 A fascinating book, on a number of different levels. Usually my book group reads fail to impress me in one of three ways: the story itself is dull or depressing or plain boring; the characters are unbelievable, or uninteresting, or simply fall flat; or the prose is uninspiring. A rare one or two have managed to fail on all three counts. This book succeeds in every way.

My book group spent forty minutes discussing (and psychoanalysing!) Kate, and more than one person commented that we treated her exactly as if she were a real person. Which, of course, she was. The author dreamt her up and described her on the page so vividly that we were all able to create a living, breathing image of her in our heads. That is the epitome of good writing. The other characters were just as well done in their different ways, and even a relative bit part character, like Marie, was brilliantly drawn. I also loved Daniel’s parents, so clever and yet so wittily believable.

There was one additional character that was just as vividly drawn, and that was Crow Lake itself – the landscape, the community and the harsh way of life, perpetually trying to scratch a living from the unresponsive earth. And yet, those people put down deep roots.

The story was about the characters and their interweaving lives, and that part was brilliant. There were some questions about the plot that could have borne greater scrutiny, for instance, it seemed to me that one way out of the family’s dilemma of raising the two children was for Luke to marry a sensible girl (not the sexed-up one!), so that his wife could stay home with the kids while he went off and got a proper job, instead of bits and pieces here and there. But he deliberately chose not to do that, and I think that says as much about his preferences as it does about the needs of the family.

Overall this was a superb book, with wonderful prose, fascinating characters and setting, and even a sprinkling of humour. The ending is a little abrupt, but it doesn’t detract much. An excellent five stars.