Yes, folks, the story that started in The Fire Mages and continued a generation later in The Fire Mages’ Daughter now reaches its dramatic conclusion, as Drina and the two men in her life, Ly-haam and Arran, are forced to make difficult and dangerous choices to defend their country from new threats. The Second God […]

When I first became a self-published author, I was right at the very bottom of the pecking order, in author terms. I had no previous published history with a major or independent publisher. I’d never had a short story published in a magazine. I had no fanbase, no mailing list, and my blog had maybe […] 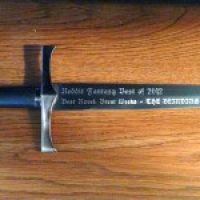 It’s the time of year when blogs and forums all over the internet compile their best-of lists, and some of the bigger ones have proper awards, with nominations and voting and so on. This wouldn’t normally affect me much. I usually haven’t read most of the books nominated, haven’t even heard of a lot of […]

I don’t often post about the reviews my books receive. Reviews are really for readers, a way for someone who’s read a book to summarise what they liked and disliked about it, so that potential readers can judge whether a book is their cup of tea or not. So even a negative review can be […]

There seems to have been a lot going on lately, what with the launch of The Mages of Bennamore, various other promotions, and the ongoing projects of the next book, and the one after that. So here’s a quick rundown on the state of play. Weekend promotions This weekend (6th and 7th June) two of […]

Posted June 6, 2015 by PaulineMRoss in Current writings, The Fire Mages, The Fire Mages' Daughter, The Mages of Bennamore, The Magic Mines of Asharim, The Plains of Kallanash / 0 Comments
Read More »

Yes, you can get The Fire Mages completely free, from all Amazons worldwide. This offer is only for today, Sunday 24th June. Click here to buy from your local Amazon. You can still get The Mages of Bennamore for just $0.99 (or equivalent) but only for a couple more days. After that, it will be […]

My first epic fantasy book, ‘The Plains of Kallanash’, was published in September with no promotion, apart from me wittering excitedly on social media. It performed exactly as you might suspect (around 60 sales in the first month before flatlining, and only 3 reviews). I always intended to delay heavy promotion until I had at […]

With ‘The Fire Mages’ now out, I thought it might be interesting to look at the way magic is used in the book, and compare it with magic in ‘The Plains of Kallanash’. WARNING: slight spoiler for ‘The Fire Mages’ at the end. ‘The Fire Mages’ is set in the realm of Bennamore. Magic is […]

Just a reminder that ‘The Fire Mages’ is still available at the new-release price of $0.99. To buy, click the link in the box at the right, which takes you to your local Amazon. You have a few more days to buy before it goes to the normal price of $3.99. If you’ve already bought […]

My new epic fantasy ‘The Fire Mages’ is now available to buy at all Amazons!  The first review at Amazon.com starts: “I could not put this book down. The pacing was perfect and kept me engaged from beginning to end.” For the next two weeks it will be priced at just $0.99 (regular price $3.99), […]