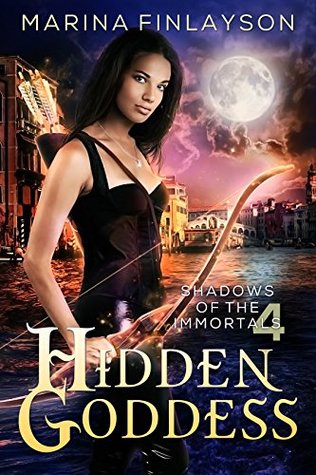 The fourth and penultimate part of this fine urban fantasy series, and finally we’re getting some answers. I didn’t enjoy the third book, Rivers of Hell, quite as much as the previous two, partly because it dropped a lot of interesting plot threads and went haring off down a very big rabbit hole – to Hell, in fact – and partly because, in the underworld, heroine Lexi’s most interesting attribute, that of control over all sorts of animals and birds, just doesn’t work in a place where everything is dead. Not to mention that one of the most interesting side characters, Lexi’s cat-shifter friend Syl, was miserably stuck in human form, and love interest Jake was captured by the evil Styx. But now Lexi’s out of Hell, Syl’s free again and has an interesting new boyfriend and we’re finally getting close to working out how to defeat those pesky shadow shapers who’ve been killing gods left, right and centre.

Anyone who’s read one of Marina Finlayson’s books before knows the drill, now. There’ll be relentless action, great characters who feel absolutely real (yes, even the werewolves and gods), lots of humour, some great twists and did I mention the relentless action? There’s a LOT going on in these books, but it’s all wonderfully believable. I love the idea of gods not merely alive and well, but actually living amongst humans and displaying very human-like foibles along with the awesome powers.

And at long last, some answers to the questions that arose in the first couple of books, and I finally found out why everything was so out of kilter when Lexi went back to her home town and nothing she remembered was quite right. Lots of readers seem to have guessed the answer but I didn’t and it was (to put it mildly) a bit of a shock, although completely logical. Best moment of the book? When Jake is rescued and reveals how he foiled the wicked plans of Styx. Attaboy! But these books are not just action. There’s real depth to them, too, in Lexi’s struggles to face up to who she really is, and dealing with her newly-rediscovered family. And who could be unmoved by the trials of a certain very cute hell-hound?

Everything’s building now to the final confrontation, so a quick five stars and straight on to the final book. 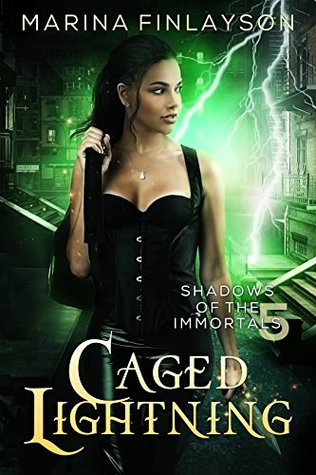 At last, the dramatic denouement and the final confrontation. The build-up to this was a bit slow, and there were long stretches of Lexi saying chirpily: ‘All we have to do is X and it will all be over…’. Well, you just know there’s trouble coming, don’t you? And so it was.

For anyone who’s made it through all four previous books, you’ll be rewarded by a dramatic climax, where Lexi’s wits are the deciding factor, although ably assisted by her friends and assorted gods. The outcome isn’t unexpected, but there’s a neat resolution to the thorny issue of mortals falling in love with immortals. And Lexi eventually decides her newly-found brother is all right really, which was touching.