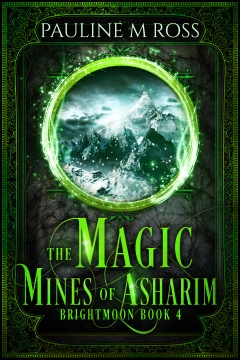 Well, that was interesting. After three books that felt like little parochial squabbles, this one has a touch of the epic about it. It sprawls across the whole of the northern plains, from the Sky Mountains in the west to Hurk Hranda and Mesanthia in the east, meandering through the neglected canal system along the way. And there are the peculiar magic slugs, called Flickers, which were meant to be thoroughly creepy and turned out to be quite cute. There’s also history, in the shape of a once-great Empire with the ambition to restore its former glory and several different cultures duking it out over the water supply. There are also some key components of later books. Allandra, the new Keeper of Mesanthia, and possible future Empress, plays a key role in later books. The prophecies that drive Findo Gask came from the Spirit that speaks through Allandra. Those dragon […]