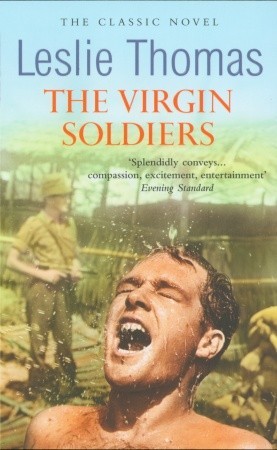 It’s the curse of the book group, isn’t it? Someone suggests a book, and you think: yes, that will be a light, fluffy read, something to make us laugh, a bit light-hearted and not too heavy or intellectual. Well, it wasn’t intellectual, sure, but light? Fluffy? A book about incompetent National Service conscripts sent off to fight in the jungles of Malaya? There were a few laugh out loud moments, it’s true. And the book had some potential to be the comic novel it was billed as. Perhaps when it was first published in 1966 it resonated more harmoniously with the experiences of others who had served their time in the immediate post-war years. There was a risque element, too: the inexperienced ‘virgin’ soldiers (in the literal and metaphorical sense) whiling away dull moments in their two years by dreaming endlessly of finally losing their virginity, and finding willing helpers […]