Posted April 21, 2014 by PaulineMRoss in Publishing/marketing, The Plains of Kallanash / 3 Comments

Everyone agrees that the cover image on a book is crucial for success these days. At least, for anyone below the rank of megastar author, that is. J K Rowling could perhaps put out a book with a totally blank cover apart from the title and her name without impinging on sales, but there are very few of whom that can be said. For most authors, a good cover is an asset and a bad one will lose you sales.

But what exactly is a good or bad cover? It’s quite hard to pin down these qualities exactly, although most people recognise one or the other when they see them. A good cover is one that achieves all of the following:

It entices the casual browser to open the book (in a bookstore) or click through (online). This is quite a nebulous concept, artwork that is so intriguing that a potential customer immediately wants to know more. The cover is, after all, only the packaging; it’s the goods inside the wrapping (the book) that the customer will buy.

It looks good as a thumbnail on Amazon. This is challenging. The ideal cover is one which knocks the socks off a browsing customer, yet it’s only the size of a postage stamp. That means large, clear images, splashes of vivid colour and easy-to-read fonts. Ideally, it should also look good on a physical book, and as a black and white image on non-colour Kindles. A tall order indeed. Some big-cheese publishers (and astute self-publishers) will use different artwork on different versions of a book to avoid this one-image-fits-all dilemma. 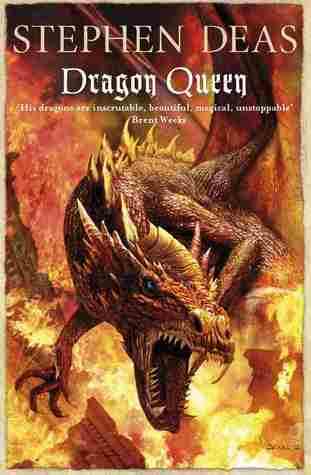 It tells the potential buyer what kind of book it is. There are certain conventions in publishing for the kinds of cover art best suited to each genre. A science fiction book might have space ships, or some alien planetscape, with multiple moons in the sky. Fantasy has weird and wonderful cities, or landscapes with castles or towers, hooded men with swords and swirling capes, or dragon (which gives me an excuse to show my favourite cover – ever!). Both of these can have the kind of awesome artwork that wraps around back and front cover of the print version, the sort of thing you might want to buy as a poster. Romance novels feature either chastely dressed maidens or half-naked men. A certain type of urban fantasy is always illustrated with a young woman in leather gear and high heels, looking over one shoulder and toting a gun. And so on. The objective is to ensure readers find the kind of story they are looking for.

It looks professional. This is probably the most important one by far. There is nothing more off-putting to a potential reader than a cover than looks like it was run up by someone who’s taken a few painting evening classes and hasn’t quite grasped the concept of perspective, or was knocked out in five minutes in some cheap photo-manipulation program. This one is quite simple: either take the time to do it properly, or pay someone with the skills to do it for you. There’s no excuse for shoddy artwork nowadays.

Whe I started thinking about cover art for ‘The Plains of Kallanash’, I knew that it had to fulfil these criteria. I also knew that I was going to need professional help. Despite reading of numerous people who ‘just ran something up’ and produced some stunning art, and despite blogposts like this one explaining in great detail how to make a cover using only stock images and Microsoft Word, I wasn’t about to attempt it. I don’t have an artistic bone in my body. Nor did I think that the limited range of options in Kindle Direct Publishing, for example, was going to produce anything worthwhile in my hands.

For anyone who has artistic family members or friends, you can probably persuade them to do something for you. Although, beware. It can be awkward if it isn’t right; you have the option of refusing it and perhaps upsetting the artist, or using it even if it isn’t quite right. Alternatively, you can exchange a beta read or proofread for artwork with another author, or pay a small amount at Fiverr or one of the freelance sites, like elance or Freelancer.

Some of these options aren’t available to me, and some seemed risky, so my next thought was to buy a pre-made cover. Innumerable arty types are making money by creating professional-looking off-the-shelf covers. You browse the selection on their website, tell the creator the title to put on it, pay a modest amount ($20-$100 or so) and away you go – a unique-to-you cover (they remove the image to ensure no one else buys it). I trawled through a lot of very nice covers, but none of them quite encapsulated the feel I was looking for. I wanted something which caught the vast emptiness of the plains, yet without being dull and flat. Not easy!

So I went a step further and talked to a professional artwork shop. The one I chose was Streetlight Graphics, mainly because they created the covers for Lindsay Buroker’s ‘Emperor’s Edge’ series, and I liked the clean, simple way they used a text-only cover, yet captured the steampunk feel. I was beginning to feel that I would have to go for a similar set-up for Kallanash. They were very responsive, but busy, so the work is scheduled for early June. Which is fine, since I’d allowed plenty of time.

A couple of weeks ago I began to post chapters of Kallanash on Wattpad (of which, more in a later blog post), and the first snag I hit was the lack of a cover. Wattpad is a vast unmapped continent of reading material, and it’s not easy to find readers (or rather, for readers to find you). The almost universal advice is: get a decent cover. I cobbled something together from the built-in cover creation software, but, as you’d expect, it looks terrible.

And then, with serendipity, my random web-hopping took me to a pre-made cover site that had a really nice image, with strong colours, a really evocative mood and yes, that vast plains look. The font was interesting, too. A few emails later and I had a cover.

Now this is only temporary. I’ll still get Streetlight Graphics to work their magic. But now at least I have something to use in the meantime, and I can show this to the designers as a starting point for their inspiration. And you know what? It feels good to see a ‘real’ cover with the name of my book on it. This self-publishing lark is fun (mostly).

3 responses to “On cover art”