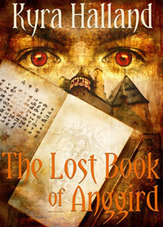 This is exactly the sort of book I love: a well-conceived fantasy world with an intriguing magic system; some great characters who behave in a believable way; a plot that’s driven more by the background and characters than the need for relentless action; and a strong, satisfying romance. Why can’t all fantasy be like this?

Let’s start with the characters. Perarre (no, I don’t know how it’s pronounced) is a woman determined to make a success of her career in a male-dominated world. After a wild phase, she’s settled down to an academic life as a translator of old books, aided by her ability to magically ‘read’ the intent of the author (and haven’t we all read books where we could have used a talent like that?). Roric is the buttoned-up and demanding professor she ends up working for, a man hiding a surprising past. He’s given the task of finding out why the ‘magica’, the tricky to manage magic system, is no longer easy to balance. Something has gone wrong, but finding out what has happened and whether it can be fixed means taking big risks.

As the two investigate, they naturally start to see each other as more than working colleagues. This part of the book is exceptionally well-written, as they circle round each other and gradually set aside their prejudices and inch towards an understanding. The romance builds slowly, right up until the point where they hurtle headlong into a passionate affair. The change felt a little bit abrupt, but given their personalities (Perarre’s wild-child past and Roric’s obsessively constrained behaviour), it was believable and I can go along with it.

From this point onwards, the pace accelerates to become a breathless ride from one end of the country to the other, and back again, multiple times. I was quite relieved that later journeys were condensed to ‘After a month of travel…’. Nevertheless, the various locations where the pair end up, whether the sophisticated and political big city, the village or small farming community, the isolated woodsman’s hut or the very different society of the nomadic steppe clans, are beautifully described. I never had any trouble visualising the settings and understanding the prevailing customs.

Both Perarre and Roric have to leave their old ways behind and open their minds to other cultures (quite literally, in fact). I found it fascinating to watch Roric in particular shed the thick shell he’d built to protect himself from hurt, and face up to both his own heritage and a future very different from anything he’d ever envisaged. This is where the rock-solid love between the two is absolutely critical. And yet he never changes his inner self, and never loses his scientific spirit of seeking the truth, regardless of the cost.

There were moments in the second half of the book where I began to feel that the pace was sagging a little, and wondered whether I was being fed a certain amount of filler. But then things would veer sharply off in a completely unexpected direction. I do love it when a book surprises me, and this one has several such moments, much to my delight. The ending is less unexpected, and (to my mind) falls slightly flat, and I wasn’t totally convinced by the oh-so-convenient way the population of the capital city falls into line, but it isn’t a major stumbling block. A very enjoyable read. Highly recommended. Four stars.