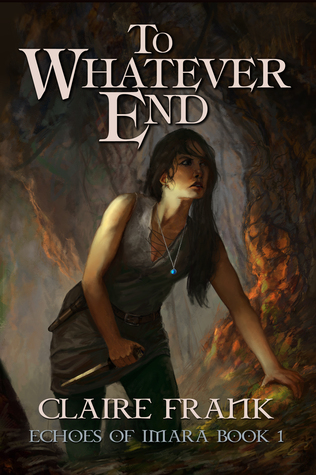 This is an unusual book in a couple of ways. For one thing, the main protagonists are a happily married couple. When Daro is kidnapped, Cecily sets out to find and rescue him. No, no, that’s not the other unusual thing. Surely it’s not unusual for a woman to rescue a man?

The second unusual thing is that this story is set some years after a major upheaval in the kingdom. The old king was overthrown and his son and heir killed in a bloody war which Daro, Cecily and their friends helped to orchestrate. The first section of the book, where we meet the companions in ones and twos, and they mull over the previous events and remind each other of this or that close shave or dramatic moment, made me wonder if I’d strayed into the second part of a trilogy. Actually, no, this is the first part. But dammit, that sounds like an interesting adventure they had. I’d really like to read about that. It’s not until this story starts to take off that I stopped yearning to hear about the war.

The plot, as already mentioned, revolves around the kidnapping of Daro by people who appear to have almost impossibly powerful abilities. It took a while to get to this point, but the getting there was not uninteresting. The contrast between Daro and Cecily’s present rustic retreat and the grand city of Halthus, where Cecily is part of the nobility, makes for an interesting introduction, and there are plenty of neat little details along the way that made me smile with pleasure. This is an author who knows how to get the world-building right and drip-feed snippets of information at just the right moment.

But then Daro is whisked away, and the section of the book that deals with what happens to him was, for me, a highlight. His interactions while in captivity came to life and crackled with tension in a way that the more routine city-based scenes never quite did. Partly this is (perhaps) because civilised cities, even magical ones, don’t quite have that fantastical allure for me. And partly this is because Cecily spends a great deal of time sitting around unable to act because – well, reasons. It makes her seem quite passive at times, although when she does get a chance to act, and she and the gang sally forth for an encounter, she more than makes up for all the waiting.

A very small niggle: when Cecily and pals do get an idea of what to try next, it seems to come out of the blue. Sometimes it’s more a chance piece of information, or pure instinct, that drives things forwards. I would have liked a little more deduction, and less randomness, but it wasn’t a problem.

One aspect I really liked about this book is the beautifully worked out magic system. I can’t profess to understand all the nuances, but there’s a lot of subtlety to it. Magic users are called Wielders or Shapers, depending on whether they can manipulate energy or matter. There are various different types. Cecily is an unusually strong Wielder, trained at the powerful Lyceum to enhance her capabilities even more than normal. I loved the way she could Push or Pull – making someone fall over by Pushing their knees, for example – and she also has Awareness, so she can feel where rooms and people are in a building, for instance. Such a useful ability to have.

The other main characters have Wielder abilities too, and sometimes it felt as if they were only there to conveniently make guards run away (by filling their minds with fear, another cool ability) or pick a lock. The rest of the time the companions were mostly cannon fodder, or foils to sit round a table discussing The Situation with Cecily (there was a lot of discussing went on). I confess that I got them muddled up a great deal, but that’s just me.

Eventually the plot blossoms into the expected big confrontation. The battle scenes in the book are done superbly. I’m not a big fan of magical battles, as a rule, but here I always knew exactly what was going on, and who was doing what to whom.

The ending – I’m not going to say anything about the ending, except that the author has set up one of the cleverest lead-ins to the next book that I’ve ever come across. Can’t wait to find out how this one gets worked out. Recommended for fans of traditional epic fantasy who like an intriguing magic system. A good four stars.

Footnote: the author’s husband is a Lego enthusiast, so he made some models of locations in the book, which you can see here.

2 responses to “Fantasy Review: ‘To Whatever End’ by Claire Frank”