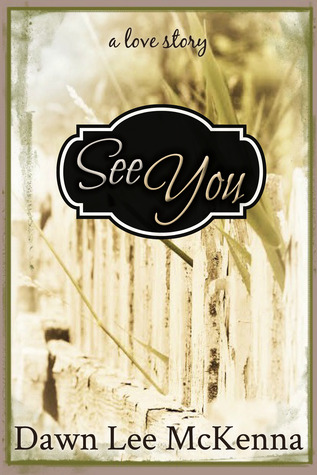 I hardly know what to say about this book. I cried almost all the way through, yet I couldn’t put it down. Actually, I laughed almost as much as I cried. So be warned – unless you’re made of much sterner stuff than I am, you’ll need a good supply of hankies nearby while you read.

This is an extraordinary book. It’s a love story, and no, that’s not a euphemism for romance, this really is a story about love. And not your conventional couple, either. Jack was raised by his best friend’s mother, Miss Margret, and returned every year to visit her and her granddaughter, Emma Lee. When Miss Margret died, the visits stopped but now Jack’s back, and finds Emma Lee still living in the same house, and raising her own daughter. Jack has some secrets to share, but Emma has a secret of her own – she’s been in love with him since she was a child.

Now if you thought a love story between a fifty-something man and a thirty-something women might feel a little odd, don’t worry, it all feels totally natural and beautifully real. Jack and Emma are not extraordinary people, they don’t have unusual talents or great wealth or outstanding beauty. They’re just ordinary folks who live ordinary lives in an ordinary town, yet their story is anything but ordinary.

This is the author’s debut publication, but it’s as fine a piece of writing as I’ve seen anywhere. This is the south, and the dialogue and the tiny nuances of southern life are a pleasure to read, so evocative you could almost be there. Even for me, a Brit, that slow way of life wrapped itself around like a warm blanket. Here’s Jack telling the preacher there’s going to be a wedding:

Jack found Brother Fillmore out back, shooing two half-grown hogs back into their pen. He was the only man Jack had ever seen who could work outside all day and have his overalls as pressed and clean as when he’d put them on.

He was a slim man, just a bit shorter than Jack, but his dignity and bearing always made him seem larger to Jack. He had to be over eighty, though he looked much younger, and he’d lived alone since his wife had passed, back in the nineties.

He didn’t seem all that surprised at Jack’s news, but Jack didn’t recall ever seeing him surprised.

“Well, Emma’s needed a good man to give her some direction for some time,” Brother Fillmore said. “She’s not meant to go it alone.”

“How long have you been home, son?”

“Just a little while,” Jack said.

“You’ve not been living in sin ‘til this time, have you?”

“Well, I’ll be pleased to join you in celebrating,” Brother Fillmore said. “I’ll need to come up with an appropriate gift.”

“No gift necessary, sir,” Jack said. “Just bring yourself; bring a dish if you like.”

Brother Fillmore pointed his cane at the smaller of the hogs he’d just penned. “That one just tore up all my Black Krim tomatoes,” he said. “I’ll bring him.”

How can you resist? Highly recommended. Five stars.

4 responses to “Fiction Review: ‘See You’ by Dawn Lee McKenna”