I first read and reviewed this in 2012, and it was one of the first I’d come across that successfully married epic fantasy with a credible romance, that wasn’t just bolted on as an afterthought, or where the female was more than the Arwen-reward for the Aragorn-hero. I enjoyed this so much that I waited impatiently for book 2 to arrive. And waited… Seemingly, real life got in the way, and the book was unpublished for a while. But the author is now working on the sequel again, so one day I shall find out how it all ends. Even without the rest of the series, it’s a great read. 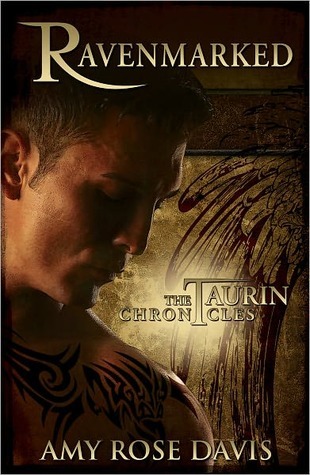 I’ve been enjoying the author’s articles for Fantasy Faction for some time now [Edit: they’re probably still in the archives there], but never thought to check her own website. Lo and behold, here’s the first part of a traditional-style epic fantasy. I had a look at the sample, and just kept on reading. To me, this kind of story is like coming home after a horrendous long-haul flight, or falling into your own bed after a week’s camping, it just wraps itself around you like a warm duvet. There’s a strong warrior with a secret, an innocent long-lost heiress to the throne, a prophecy, a rebellious princess, a usurper with a conscience and lots of magic, and although this sounds terribly clichéd, Davis gives it all a fresh feel and a bit of romantic fairy dust.

Like most multi-book fantasies, the opening chapters feature a deluge of names and places and incomprehensible references, but things soon settle down and there are numerous excuses for explanations along the way, so that details are revealed in small, natural doses rather than in dry info-dumps. The world-building is terrific: the various cultures, the different forms of magic, the religious practitioners and the history of their interactions going back a thousand years, at least, have all been carefully thought out, together with the resultant complications and consequences. And it all feels completely and utterly real. I love the various symbolic tattoos of the tribal people, for instance, and there are tiny details, such as the fact that Connor’s lover at the start of the book signals her rank with rows of gold rings on her ears.

Sadly, the background is the default off-the-shelf pseudo-medieval fantasy world, with all the usual paraphernalia. I don’t object to the castles, dukes, and monarchy (there has to be some political system, and it’s as good as any other), and low-tech necessarily leads to swords and bows and daggers, but it’s just a pity to fall back on the tired themes of slavery, the neglected poor, mistreated whores, riotous taverns and so forth. And ho, hum, the heroine on the brink of being raped… I might have seen that scenario once or twice before.

There are four main characters. Connor is the rather roguish warrior, who makes a casual if profitable living as a hired sword protecting travellers. Mairead is the rightful heiress to the throne, an innocent who has led a sheltered life in a religious order. Braedan is the usurper of the throne, who is being manipulated but still hopes to be a benevolent king. Igraine is the feisty daughter of a foreign king, who wants a proper job, not a husband and babies. Then there are a few other characters who get their own point of view at times when there’s none of the main characters around. None of these are outstandingly original types, but the author makes them very believable and likeable (even Braedan, who ought to be the villain). And there’s just that touch of romance fizzing below the surface right from the start. I’m not mad keen on too much love interest in fantasy as a rule, because the afflicted characters are sometimes inclined to stupidity on account of it, but here there are only occasional outbreaks of plot-driven stupidity, and the two pairings are actually great fun – both the verbal sparring of one pair, and the sexual tension of the other.

Some minor grumbles. Braedan has overturned a thousand-year regency and declared himself king, yet he’s swanning around court as if he has every right to be there and no one seems to be objecting very much. Why no major rebellions in the land? The names – OK, they’re vaguely Celtic, but it’s kind of a mish-mash of influences (Sean Mac Rian, Igraine, Bronwyn – sort of Irish and Welsh with a bit of King Arthur thrown in). And the dialects – the ‘dinna ye’ stuff, is kind of Scottish, but every time Igraine said ‘lass’ or ‘lad’, I heard it in broad Yorkshire, so I half expected her to say ‘ee bah gum, trouble a’t mill’. But maybe that’s just me. As for the romance – there are just a tad too many meaningful glances and tingling touches and weak-kneed moments for my liking, and a lot of should-we, shouldn’t-we angsting. And everyone’s so beautiful. And terribly noble and restrained and self-sacrificing and implausibly chaste. Not that I object to these ideals in principle, you understand, but some of the characters are quite astonishingly virtuous.

The good points. When people are hurt, they bleed, they bruise, bones get broken, and it takes time to heal. It isn’t always the bloke who saves the woman, sometimes she does the saving (hurray!). In fact, this is one of those rare books where the female characters really are strong, independent people, acting on their own initiative, not just there as love interest and motivation for the blokes. They can be just as handy with the weaponry or magic, too. I liked, too, that minor characters along the way are generally helpful and decent; so much fantasy these days seems to have a default position that everyone is irredeemably evil, just because.

I rather liked the various magic systems and the different races with their different powers. It seems at first sight like a bit of a muddle, but it’s been very carefully thought through and everything seems to work nicely. Of course, it suffers from the usual problem with magic – sometimes it’s just a get-out-of-jail-free card. A character gets into a mess and lo, there’s a magical thingummy to hand or a magic-imbued creature appears from nowhere. And unlimited healing power is a bit of a fudge (although to be fair, it doesn’t always work, which is rather cool).

The ending is a nice page-turning climax to events, with a bit of a battle, some neat twists and turns, and some very satisfactory resolutions while also setting things up beautifully for the next book. This was a totally enjoyable reading experience, pure pleasure, and the few minor niggles never affected that, although the romance level probably makes it one for the ladies. Very much looking forward to the next episode. Four stars.