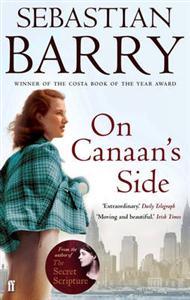 This is one of those deeply worthy books where you can see exactly what the author was hoping to achieve, and it almost works, but in the end there’s just too much unlikely contrivance and too little characterisation to be effective.

Lilly is an Irish girl betrothed to Tadg when the troubles intervene. Both are put under a death sentence, and escape to America to try to make a new life away from the troubles. Of course, things don’t work out smoothly and Lilly’s life becomes a catalogue of difficulties punctuated or inflicted by major events of the twentieth century: the issue of colour, Vietnam, Martin Luther King, the Gulf War and so on. And very depressing it all is. A lot of people die or disappear.

The story is told by Lilly herself, in a long-winded rambling style that is wonderfully evocative and poetic, but becomes wearing when stretched over an entire book. And Lilly is not an active character, taking charge of her life and making decisions about her own future. She is, ultimately, extraordinarily passive, drifting where the wind blows her, running away, being rescued by saintly strangers, running away again, asking no questions and, in many ways, simply surviving. She is so passive, in fact, that her personality fades to transparency.

Nor are the other people around her much better, being mostly ciphers for a social class or group, rather than characters in their own right. Only her own family back in Ireland have hints of full personalities.

In the end, this is a book that is more about the events and social changes that shook America. Any small part of it could have made a deep and profoundly moving story. Stretched over a whole lifetime, many nuances are lost in the race to skate over the decades, and it becomes a shallow, and (to my mind) somewhat pointless exercise. Not without its moments, and beautifully written, but ultimately unsatisfying. Three stars.