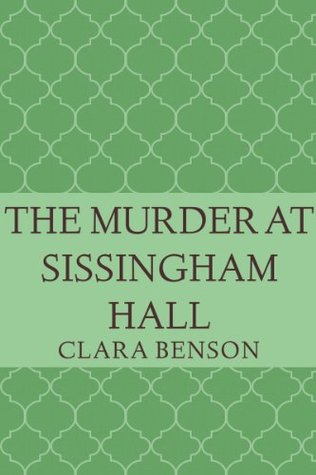 I love a good country house murder mystery, something that Agatha Christie specialised in but which is hard to find nowadays. This is a very good substitute, which captures the social nuances and language perfectly, and if the identity of the murderer isn’t the hardest thing in the world to work out, well, at least I can bask in my own cleverness. I’m usually a sucker for the red herrings, so it’s nice to guess right for once.

The story starts with Charles Knox returning from several years in South Africa, where he’s conveniently made his fortune by gold mining. He’s met by his old friend Bobs and Bobs’s sister Sylvia, now all grown up and a possible love interest. But Charles was once engaged to Rosamund, now married to Sir Neville Strickland, and when he’s invited to their country house and there’s a murder, things get a bit murky.

As with all whodunits, there is an array of likely suspects who had motive, and the story unfolds by revealing more and more backstory. The focus of the unfolding is Angela Marchmont, a cousin of Rosamund’s and a lady with an eye for anything just a little out of place. It’s an unusual strategy for a book labelled as ‘An Angela Marchmont Mystery’ that the title character is almost a side-issue, since all the focus is on the main point-of-view character, Charles Knox. There are good reasons for that in this particular story, but it still feels a little awkward.

The ending is not terribly convincing, but nevertheless I enjoyed this immensely. For those who like their murder mysteries quaint and undemanding, with beautifully authentic dialogue and some nicely Christie-esque characters, this is a good series to try. I wouldn’t normally rate this kind of formula book as more than three stars, but one has to give full credit to an author who knows how to use ‘one’ correctly. Four stars.