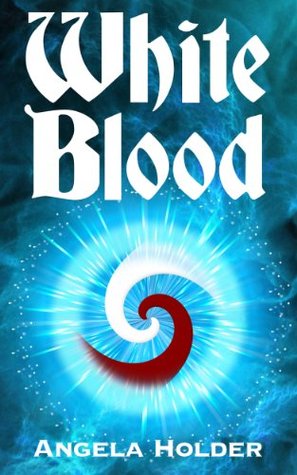 I loved this book. Completely adored it, from the first moment we meet Maryn, curled up in bed beside her husband, feeding their new baby, through the tragedies and challenges that follow, right to the end. I loved Maryn, and loved, too, reading about one of the great unsung heroines of past times, the wet nurse. It’s a fascinating profession, one that takes a lowly born woman and plonks her down right in the midst of a great and powerful family. And it’s perfect for fantasy, as here, because Maryn ends up as wet nurse to the newest heir to the kingdom, baby Barilan.

The pace is slow initially, and the world-building isn’t anything out of the ordinary, although the magic system, based on blood use, is clever. The physicality of it means that magic can be felt, like a buzzing in the bones, as well as being seen through sweeps of blue light. I liked that different cultures have hedged magic round with all sorts of rituals and superstitions, subtly different from each other, so that it blends seamlessly into religion.

The characters leap from the page, fully formed and totally real. Maryn herself is wonderful, just a lowly-born woman, humble and grateful for her new job, while never forgetting all that she’s lost. The first part of the book, as she adjusts to her changed circumstances, is a wonderful evocation of royal life, as seen by one of its most junior inhabitants. It’s fascinating, and totally believable, that the royals simply don’t see Maryn, so they talk state secrets in front of her, as well as ascribing the baby’s good health and size to his inheritance rather than her plentiful milk! At every point Maryn’s reactions felt exactly right, to me. In fact, all the characters responded in realistic ways to the difficulties facing them. Sometimes things went badly wrong, too, so that it felt as if Maryn was taking three steps forward and one back. But again, this makes it all the more believable.

At about the 40% mark, the plot dives headlong off a cliff, leaving behind the comfortable world of servant life, and thrusting Maryn into a situation that’s life-threatening both for her and for the baby. From then on, the pace is frenetic, and doesn’t let up for an instant, right up to the dramatic confrontation at the end. There were times when I could have done with a respite from the constant tension, just to catch my breath!

The ending is very elegant, and although I anticipated some elements of it (I was actually shouting ‘Use the [X]!’ at my Kindle at one stage), there were one or two twists I didn’t foresee, as well. And then some lovely moments at the end that had me sighing with pleasure.

You can tell I enjoyed this book, a lot. Books are enjoyable for any number of reasons, but just occasionally I come across one that I feel might almost have been written specially for me. This is one of those books that just resonates with me. But a word of warning: there is a lot – a whole lot – of detail about breastfeeding and babies and diapers and cracked nipples in here. I loved it all, but for anyone who’s less than enthralled by such matters, best pass on by. But for me – a perfect five stars.