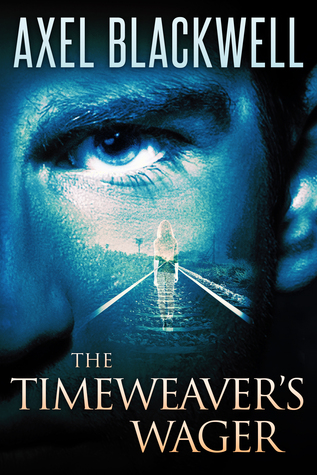 An unusual book – I have no idea how to categorise it. Paranormal, yes, but with elements of thriller, too. Mystery, maybe, because the story is full of questions. But this is also a deeply character-driven story that is close to literary fiction.

The premise: Glen is a young man filled with regret. His best friend and almost-girlfriend, Connie, was murdered eight years before, and Glen feels he could have, should have saved her. Her death has haunted him ever since. More than anything in the world, he wishes he could go back in time and save her. But what if you were given the chance to do just that? Would you take it? And if you do that, would it work out the way you expect?

It’s a fascinating idea, and the author turns it into a compelling read that had me sneaking in just another chapter or three when I was supposed to be doing other things. It takes a long, long time to get to the point where Glen finally makes his decision, with perhaps a little too much agonising along the way. In some ways I would perhaps have preferred a different balance, a snappier decision and more time given to the post-decision events. That’s not a complaint about the book, by the way, just a comment that the idea is such an intriguing one, I’d have liked a longer look at the actual consequences and less mulling over potential outcomes.

Overall, a terrific read, with some neat twists along the way, and while I predicted some of them, others took me completely by surprise. A good four stars.