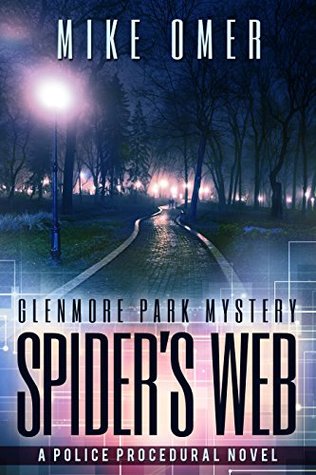 I don’t read many police procedurals, being more of an amateur sleuth type of gal, but I’ve loved the author’s previous books so this new series was a must-read for me. The plot is the usual – there’s a seemingly random killing of a jogger in a park, and it gradually becomes clear that this is just one of a sequence of similar cases. The murderer’s MO is intriguing – the victim receives a text with a picture of something (a gun, a car…) and shortly thereafter is killed with that item as the murder weapon. And there’s a messed-up cop, and an interfering journalist, and a perky forensic psychologist (a profiler) and all the familiar elements.

What makes this book different from a thousand others? Firstly, the characters. You’ve never lived until you’ve encountered Rabbi Friedman. I swear he’s not like any Rabbi you’ve ever heard of before. Frankly, Rabbi Friedman is awesome, and I hope he’s going to turn up in later books in the series, because he’s just too wonderful to be a one-shot deal. Atticus Hoffman is great fun, too. Then there are the cops, who all have their quirks but are still totally believable, rounded characters, ordinary characters that are so real you feel you’ve known them for years.

The main cop, Mitchell, gradually disintegrates over the course of the book, but it all makes perfect sense and the reader feels all his bewildered pain and suppressed anger, and totally sympathises. I loved his awkward conversations with Zoe, the profiler, someone he completely doesn’t get but has to try to come to terms with anyway. His relationship with his sister, Tanessa, is a lovely mixture of pride and older brother protectiveness.

And then there’s the humour. Some authors skip the humour altogether with this kind of story, and some will throw in the odd snippet of black humour, but this book runs the full gamut from dry, that makes you smile wryly, to genuine tears-in-the-eyes belly-laughs. It was the stand-out feature of Omer’s previous books for me, and here he does it again. The guy just has the most amazing sense of humour.

As the case builds to its climax, the pace gets faster and faster, and even though there’s nothing terribly revolutionary in the last few chapters, certainly nothing that an aficionado of the genre won’t have seen many times before, it’s done so well that it had me turning the pages in breathless anticipation. And there’s a moment at the end that just had me punching the air with delight. This is a great start to the series, and I’m looking forward to the next. A good four stars.